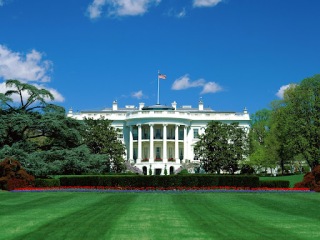 Stop! Before you run out and celebrate Presidents Day by making your ice sculpture of Mount Rushmore or reenacting the Lincoln assassination or putting up your Roosevelt tree with all the trimmings, I have a question I’d like to pose.
Since this is an election year (I’m assuming you don’t live under a rock, so you are well aware of this), what do you think would make you a good presidential candidate for 2012?
If you were to make a list of all of my wonderful strengths and unparalleled abilities…then first of all, I’d like to see that list. But second of all, political savvynessocity wouldn’t be on there.
To prove my point, here is my list of Top 10 things I would do immediately upon being your new president, and moving into the White House.
Perhaps I don’t possess the qualities you are looking for in the CEO of America. I get that. But consider this. YOU would be invited to that White House lawn party! How ya like me NOW?!