It Hardly Ever Happens, You Know. 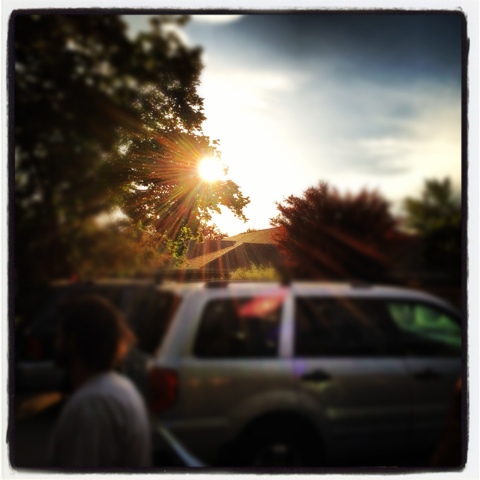 There was an eclipse this week and we, like every other family in America went outside to watch it and try and prevent our kids from burning their retinas out. (Sidebar: can looking at an eclipse actually make you go blind? Is it just the eclipse, or is it anytime you look directly at the sun? We take it so serious at eclipse time. One article I read said you would go blind so fast you wouldn’t know it happened. That seems slightly panicky. End of sidebar.) The eclipse makes me think of a fond, childhood memory. No, not Stephanie Meyer’s Eclipse. Those memories are slightly less fond.

Do you remember that old Disney movie, The Watcher in the Woods? It’s allegedly a horror film, and I remember watching it as a child and being terrified. I was in my basement in the middle of the day and I turned on every light down there (even the ones in rooms I wasn’t even in) just to be able to bear the sheer volume of terror pouring off the TV at me. It’s the story of a girl, Jan (which is officially the most 70s name ever,) being haunted by another girl who looks just like her who disappeared during a mysterious ceremony the night of the eclipse 30 years earlier performed by her “friends” who were really into the occult apparently. I’m not sure why a bunch of high school kids were doing a weird eclipse ceremony and chanting things like “You must not break the circle! The circle of our friendship!” I don’t think the movie ever bothers to tell us either. The girl who disappeared is named Karen and her name gets written backwards on the mirror a lot and it supposed to be super spooky. In fact on my LDS mission one of my companions was terrified of this movie. We would write “Narek” on the mirror while he was showering and he would scream like a little girl when he got out and saw it. (This was the same companion who would get dressed in the morning and put on everything, including socks, shirt and tie before his pants. Pants were always last. Maybe he reads this blog. Hi, Joel!)

Have you watched Watcher in The Woods lately? It’s not scary. In fact, it’s kind of funny and odd and goofy with awesome 70s fashion, overly dramatic music and stilted acting. It has Bette Davis as the spooky and enigmatic Mrs. Alywood, for heavens sake!

In high school this movie was part of our zeitgeist. We would watch it incessantly and quote the funny lines and watch the scene where Jan falls in the river and Mrs. Alywood pokes her belly with a big walking stick like a million times. To this day certain words or phrases will set off lines of dialogue in my head. I probably said “it hardly ever happens you know” (which is a line from the movie describing a solar eclipse) about 30 times on the day of the eclipse, just hoping someone should know the reference I was making (sidebar: no one IRL did but a couple of people on Instagram got it.)

I so wish this movie was in Netflix so you could watch it tonight, but it’s not.
Why it’s not is beyond me. What is Netflix for if not to watch campy shows from your childhood? But Amazon has it for $9. It might be worth it. Then next time there is an eclipse you can send one of your friends to another dimension in a spooky ceremony! You’ll be glad you did (watched it, that is. You may regret tampering with the occult.)

6 thoughts on “It Hardly Ever Happens, You Know.”